European Union (EU) policy on the right to freedom of religion or belief (FoRB) has seen several positive developments over the past decade, one of the most significant being the 2013 EU Guidelines on the Promotion and Protection of FoRB.

Achieving consensus on the guidelines was no easy task as the 28 Member States have various models of church-state relations; some even have legislation or internal challenges that constitute obstacles to FoRB and can undermine its human rights message overseas, such as blasphemy laws. However agreement on the guidelines produced a common reference point for Member States and commits the EU to using a variety of tools to protect the victims of FoRB violations worldwide.

The European Parliament (EP) Intergroup on Freedom of Religion or Belief and Religious Tolerance aims to be the watchdog that ensures their implementation.

END_OF_DOCUMENT_TOKEN_TO_BE_REPLACED

As Ján Figel starts his second year as the EU Special Envoy for the Promotion of Freedom of Religion or Belief (FoRB) outside the European Union, the last 12 months of his time in this new mandate show the respect for this role that has developed amongst sceptics and the potential for his role going forward.

In under 12 months Mr Figel has raised the profile of FoRB as a human rights priority for the EU, highlighting the important role religion and belief, including the right not to believe, plays in the daily experience of millions across the globe.

Early on in his first term the Special Envoy said “FoRB is a litmus test for general human rights… Those who don’t understand, religion and the abuse of religion can’t comprehend what is going on in the world today.” At the end of his first year, there has been a visible widening of EU engagement on this sensitive human right, as part of its dialogue and development policies.

“FoRB is a litmus test for general human rights… Those who don’t understand, religion and the abuse of religion can’t comprehend what is going on in the world today.” – Ján Figel, EU Special Envoy for the Promotion of Freedom of Religion or Belief

Sudan is one of several countries with poor human rights records which Mr Figel has visited in his first year. Such visits open up opportunities for a senior EU diplomat to engage with religious leaders and religious communities to address societal hostilities, in addition to working with government officials.

END_OF_DOCUMENT_TOKEN_TO_BE_REPLACED

As the Prime Minister assembled her new cabinet following the UK referendum on its membership of the European Union (EU), attention was rightly being paid to the how the new-look Government would deal with Britain’s decision to leave. Those appointed by Theresa May know that, whatever their brief, a significant proportion of the Government’s work will be negotiating, executing and accounting for the UK’s withdrawal from EU.

While it is understandable that this unprecedented task will be time consuming for the UK Government, this must not be allowed to supersede its obligation to promote and protect human rights worldwide.

Human Rights within the European Union

For all the debated successes and failures of the EU, what is undeniable is that its various institutions engage in significant human rights work.

END_OF_DOCUMENT_TOKEN_TO_BE_REPLACED 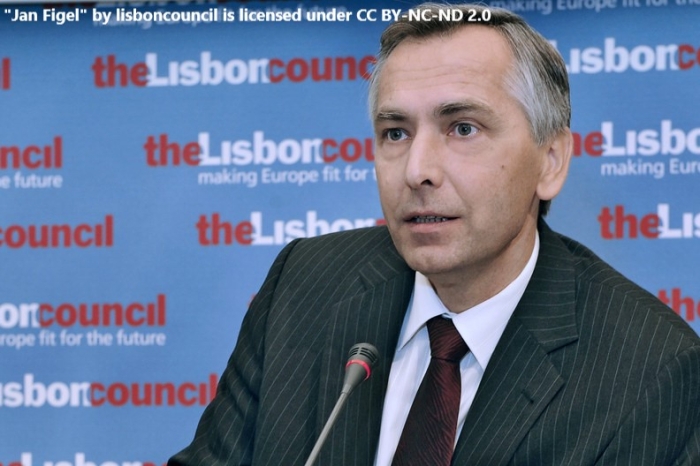 On Friday 6 May, whilst Brussels was enjoying a bank holiday, European Commission president Jean-Claude Juncker announced the appointment of ex-Commissioner Jan Figel as the first EU Special Envoy on Freedom of Religion or Belief (FoRB) outside the EU.

Why has this appointment been made?

This appointment followed a little noticed paragraph in the European Parliament (EP) resolution on the systematic mass murder of religious minorities by the so-called ‘ISIS/Daesh’, which had called in paragraph 10 for such a posting. Calls made in EP resolutions are notoriously under-implemented; even the European External Action Service (EEAS) staff seemed to be taken by surprise by the announcement, which as it concerns FoRB outside the EU, falls under their remit.

The appointment, thus, has left many in Brussels wondering what it will actually mean in practice.  During his speech to the Vatican, President Juncker said that “Freedom of religion or belief is a fundamental right which is part of the foundation of the European Union.” This is consistent with a growing importance being given to FoRB over the past couple of years; the EU Guidelines on this topic emerged in June 2013. In 2015, the European Parliament established an EP Intergroup on Freedom of Religion or Belief and Religious Tolerance and the commission appointed coordinators on anti-Semitism and anti-Islamophobia within the EU.

What is clear is that Jan Figel will act as a special advisor to Neven Mimicia, the European Commissioner for International Development. Whereas other advisors to commissioners have clearly defined mandates on the EC website, the fact that Jan Figel only has a title indicates that he will have some flexibility to shape his work.

Why is it important?

The will to mainstream freedom of religion or belief into the EU’s wider external agenda is a very welcome sign. Given the increasing number of FoRB violations taking place both inside and outside of Europe, there needs to be a push for an increased awareness of the need for FoRB and the way that it benefits communities. Pew’s most recent study on religious hostility worldwide found that 5.5 billion people worldwide live in countries with high or very high overall restrictions on religion. Several of these countries are recipients of EU development aid.