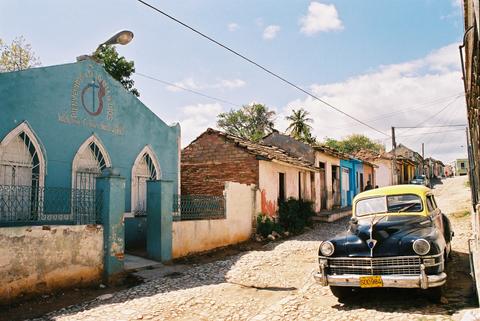 In January 2015, approximately 2,000 churches linked to the Assemblies of God (AoG) denomination were declared illegal in Cuba under Legal Decree 322, putting them at risk of confiscation and, in some cases, demolition. CSW’s July 2017 report details a new development in the case.

In May 2017, the superintendent of the denomination was summoned to the Office for Religious Affairs (ORA), where government officials gave verbal assurances that the churches were no longer under threat of confiscation. While verbal assurances have been provided in the past have not been honoured, on this occasion a document was provided that officially rescinded the demolition order for one of the AoG churches.

At the same meeting, the superintendent received verbal promises from ORA officials that they would help legalise the churches that had been under threat. This is tentatively being considered a positive development, however it remains dependent on implementation.

END_OF_DOCUMENT_TOKEN_TO_BE_REPLACED

Mario Felix Lleonart Barroso is a prominent Cuban Baptist pastor and human rights activist from Cuba. In the following interview with CSW, he shares his perspective as a Cuban national, on the recent death of Fidel Castro and the potential impact this could have on freedom of religion or belief (FoRB) on the island.

What is the symbolic significance for Cubans of the death of Fidel Castro?

Many years ago, the Cuban people collectively resolved to accept that nothing would really change until Fidel Castro died. In this sense, the objective which the Cuban people have themselves imposed, has been fulfilled; Fidel Castro treated Cuba throughout all of his time in power as if it was his own land. Undoing the legacy of destitution which this man brought to Cuba in every way will not be easy. To sever the ties of his relatives and accomplices will be an even bigger challenge. However, we all know that an era has ended for the Cuban people and that from now on, the string will begin to unravel. With the death of Fidel Castro, it is as if the curse has been broken.

END_OF_DOCUMENT_TOKEN_TO_BE_REPLACED

Update: In May 2017 CSW received further information on the status of the AoG churches. Please read the latest information here.

In August 2016, CSW’s latest report on Freedom of Religion or Belief (FoRB) in Cuba detailed FoRB violations including the destruction of church property, arbitrary detention and harassment of religious leaders, and the demolition and confiscation of church buildings.

There has been some misreporting in the media about the situation concerning churches belonging to the Assemblies of God (AoG) denomination, in particular the situation regarding 1,400 AoG churches that are in the process of being expropriated by the government; 100 of which are under threat of demolition.

As CSW’s report explains, between January and July 2016 there was a continuation of serious FoRB violations in Cuba: “In line with previous years, these religious freedom violations are predominantly carried out by Cuban government officials and the Office of Religious Affairs (the ORA), and take place in many regions throughout the island.”