Netflix’s hit dystopian drama – with deadly playground games, anonymous masked henchmen and a giant murderous doll – is far-fetched to say the least. And yet, arguably, one storyline underplays the grim reality.

In just four weeks, Squid Game, the Korean production where contestants play children’s games and the losing players are killed, became Netflix’s most popular series ever and number one in 90 countries.

In one storyline, guards take the bodies of losing contestants and operate on them, removing vital organs while the subjects are still alive. These organs are then rushed to be sold to Chinese traders.

END_OF_DOCUMENT_TOKEN_TO_BE_REPLACED

The widely-reported cases of Pastor Wang Yi and Pastor Yang Hua highlight how the Chinese authorities prosecute leaders of unregistered Protestant churches with flagrantly baseless criminal charges: ‘inciting to subvert state power’ and ‘illegal business operations’ for Wang and ‘divulging state secrets’ for Yang. Alarmingly, fraud charges seem to have become one of the most damaging tools that the authorities use against pastors, for persecution as well as defamation.

On 1 May 2021, the day the new administrative measures on religious clergy came into effect, Love Reformed Church received a notice saying their leader Zhang Chunlei had been officially arrested ‘on suspicion of fraud’. To this, the unregistered church in Guiyang in Guizhou province expressed incredulity in a prayer update issued on the same day.

END_OF_DOCUMENT_TOKEN_TO_BE_REPLACED

In China, June is a sombre month for those who remember the mass pro-democracy protests across the country and the military’s bloody crackdown in 1989. Remembrance itself is an act of defiance against the suppression and manipulation of history by the Chinese authorities. Each year, events are held worldwide to pay tributes to the victims and their families.

What is less widely reported however, is how survivors’ lives have been changed by the tragic events of  ‘June 4th’, as the events are known in China.

One of the protesters on Tiananmen Square was Xu Na, then a student at Beijing Broadcasting Institute (BBI). She was holding a banner with her fellow friends that read “Freedom of the Press; Freedom of Speech” while marching through the Beijing streets. Thirty-two years later, Xu Na is in another place in Beijing: Dongcheng District Detention Centre, where she has been criminally detained for the past 11 months.

END_OF_DOCUMENT_TOKEN_TO_BE_REPLACED

“We should seek the truth and seek it at all costs. Truth has always been the most expensive thing in the world. It is our life.”

These are the words of the brave Chinese citizen journalist and former lawyer Zhang Zhan. For her, seeking the truth meant travelling to China’s Wuhan in February 2020, right at the outset of the COVID-19 pandemic. There, she published videos and articles reporting on the crisis to both Twitter and YouTube, both of which are blocked in China.

Zhang’s reporting, and particularly her questioning of whether the Chinese authorities’ response to the pandemic had infringed on human rights unsurprisingly provoked the ire of the Chinese Communist Party (CCP). On 14 May 2020, a year ago today, she was seized by Shanghai police in her hotel room in Wuhan and taken to a detention centre in Shanghai.

She subsequently spent seven months in detention, during which time concerns were repeatedly raised over her health and wellbeing – particularly as she remained on hunger strike in protest of her treatment.

END_OF_DOCUMENT_TOKEN_TO_BE_REPLACED 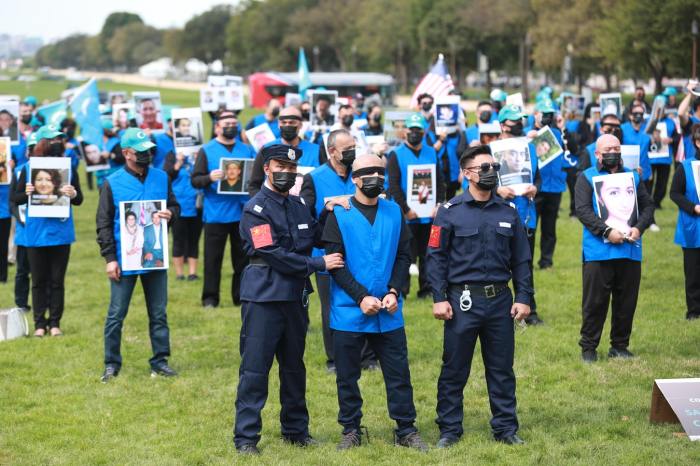 On 3 March the China-focused information platform SupChina published translated extracts from a 16-hour discussion in a “room” on the app Clubhouse called “Is there a concentration camp in Xinjiang?” The room attracted an incredible 4,000 participants, but the truly remarkable thing about the conversation was that it brought together Uyghurs and Han Chinese people – both inside and outside China – in a space momentarily beyond government restrictions.

Reliable information about what is happening to the Uyghurs is heavily censored in China; the only news about the Xinjiang Uyghur Autonomous Region is from state media, which paints Uyghurs as either potential terrorists or grateful recipients of the government’s “re-education” programme.

Before it was banned, Clubhouse briefly provided a brand-new channel for open discussion of one of the most sensitive issues in China today. SupChina described the conversation as “historic,” and it was; historic, moving, tragic and illuminating.