On 28 June, the Nicaraguan parliament stripped the Missionaries of Charity – the order founded by Mother Teresa – of its legal status. Days later, they were expelled from the country entirely, with local media reporting that 18 nuns were driven to the border by migration officials and police officers before crossing on foot into neighbouring Costa Rica.

No doubt the incident drew particular attention as a result of the high profile of the organisation in question, however the targeting of the Missionaries of Charity in this manner marks just the tip of the iceberg in a nationwide crackdown on civil society and non-governmental organisations (NGOs) which has been ongoing for several years.

Ever since protests erupted across the country in April 2018, and particularly since the re-election of Daniel Ortega as president in November 2021, the Nicaraguan government has acted with increasing antagonism towards anyone it perceives as critical of the current regime. This has included the Roman Catholic Church, to which the Missionaries of Charity belong, and which in February 2022 saw a number of its affiliate private universities and aid organisations targeted in a similar manner.

END_OF_DOCUMENT_TOKEN_TO_BE_REPLACED 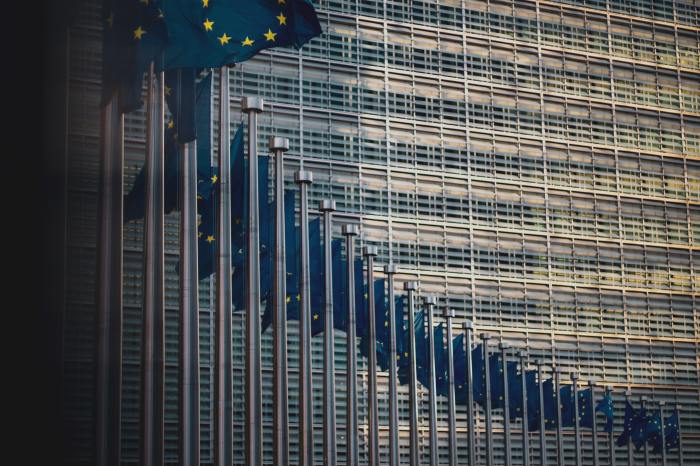 India’s Minister of External Affairs, Subrahmanyam Jaishankar, was recently asked how he saw the country’s role in defending free societies globally – a diplomatic way of confronting India on its failure to condemn Russia’s invasion of Ukraine.

His answer was, if not reassuring to human rights proponents, certainly honest: “Countries evolve a combination of values, interests […] and all of us would like to find the right balance”.

This has always been the tension at the heart of foreign policy. And the European Union (EU) is no exception. Article 2 of the Lisbon Treaty (which forms the constitutional basis for the bloc) reads: “In its relations with the wider world, the Union shall uphold and promote its values and interests”.

In our interactions with the EU, human rights organisations repeatedly appeal to the Union’s stated values. Whilst, in general, the EU is a benevolent global actor on human rights, there are instances where an appeal to values alone is not sufficient to galvanise action.

END_OF_DOCUMENT_TOKEN_TO_BE_REPLACED

For decades, the city of Varanasi in Utter Pradesh was known for its syncretic culture, with Hindus and Muslims worshipping side by side in their respective places of worship. All that changed in May this year.

On 12 May, a district court in Varanasi ordered a videographic survey of the city’s Gyanvapi mosque which is located just metres away from the Kashi Vishwanath Hindu temple. The order followed a petition filed by a group of five Hindu women last year who sought permission to worship within the outer walls of the mosque.

In spite of the objections raised by the committee that manages the mosque, and in rejection of a stay order issued by the Allahabad High Court, the survey was completed on 16 May. The lawyer representing the Hindu petitioners subsequently claimed that a shivling (phallic symbol of the Hindu deity Shiva) was found in the compound of the mosque, which the Hindus argue should grant them a right to worship in the premises whilst barring Muslims from entering the area.

END_OF_DOCUMENT_TOKEN_TO_BE_REPLACED

Incidents of communal violence have risen sharply in Karnataka state in recent months, and anti-Muslim sentiments are on the rise.

First there was the hijab controversy that began on 28 December 2021 when the authorities of an educational institution in Udipi, Karnataka banned six Muslim girls from entering with their hijabs (headscarves) on. Several other colleges followed suit with bans that were upheld by the Karnataka High Court on 15 March 2022.

Ministers in the ruling Bharatiya Janata Party (BJP), meanwhile have not shied away from expressing their radical agenda. In February 2022 the senior BJP leader in Karnataka, K S Eshwarappa, said that a day would come when the ‘saffron’ flag (a symbol of Hindu nationalism) would become the national flag.

END_OF_DOCUMENT_TOKEN_TO_BE_REPLACED

The Indian film Kashmir Files has been mired in controversy since its release on 11 March. The 270-minute-long film, directed by Vivek Agnihotri, an open supporter of India’s ruling Bharatiya Janata Party (BJP), focuses on the brutal killings of estimates of between 30 and 80 Kashmiri Pandits or Kashmiri Hindus from 1988-1990 and their exodus from Indian Administered Kashmir.

The film revolves around a young student who finally discovers that his parents were killed by Muslim militants and not by accident, as his grandfather had told him. The student is caught between two conflicting narratives, that of his grandfather who is seeking justice for the exodus, and that of his mentor – a Jawaharlal Nehru University (JNU) professor who tells him no such appeasement is necessary.

The historical events on which the film is based occurred in the 1990s, amidst a rising insurgency in Kashmir, when the Jammu Kashmir Liberation Front (JKLF), a militant separatist organisation comprising Muslims, targeted the state’s minority Hindus – Kashmiri Pandits – forcing an estimated 75% of the Hindu population to leave the state and seek refuge in other parts of India. Governments in power since then, including the BJP, have done little for their resettlement.