Her name was Deborah Emmanuel – a second-year Christian student of Home Economics at the Shehu Shagari College of Education in Sokoto state, Nigeria. She should have been safe from harassment and violence at an academic institution. But she wasn’t.

On 12 May Ms Emmanuel was brutally beaten and stoned to death by a predominantly male mob who proceeded to immolate her in a pile of tyres whilst chanting “Allahu Akbar”. She was buried just two days later.

Ms Emmanuel was killed after she was falsely accused of blaspheming the Prophet Mohammed in a WhatsApp group chat in which she reportedly expressed exasperation at members posting religious articles and asked them to focus on issues relevant to course work, as it was a departmental group.

END_OF_DOCUMENT_TOKEN_TO_BE_REPLACED

Terrorism has been one of the main sources of global insecurity over the past three decades, often fuelled by sectarianism and religious extremism, as the individuals and groups responsible use religious doctrine to justify their actions.

In the Middle East and North Africa (MENA) region, the rise of political Islamist movements, which reached their zenith with the emergence of Islamic State (IS), is arguably the main cause of religiously-motivated terrorism, and is likely to remain so for a long time. In other parts of the world, however, extremism related to Christianity, Judaism, Hinduism and Buddhism has also resulted in acts of terrorism.

While it’s clear that religiously-motivated terrorism is not confined to any one religious group, the approach to tackling this threat often focuses on one solution: security.

When it comes to understanding terrorism in the MENA region, however, there are often multiple factors at play. These include economic, theological, political and even psychosocial narratives which exploit feelings of victimhood, exclusion, and injustice to manipulate and galvanise potential recruits. Therefore a solution must also be multifaceted.

END_OF_DOCUMENT_TOKEN_TO_BE_REPLACED

On 17 September 2021, less than a month after seizing control of the country, the Taliban effectively banned girls from secondary schools in Afghanistan after they ordered schools to resume classes for boys only.

The move marked a realisation of fears that had been raised ever since the Taliban regained power, and was met with widespread and routine international condemnation from countries and human rights organisations alike. One of the more surprising critics however was Pakistani Prime Minister Imran Khan, who told the BBC that preventing women from accessing education would be ‘un-Islamic’.

The reason for such surprise is that while Prime Minister Khan has expressed somewhat mixed feelings regarding the Taliban’s takeover of Afghanistan, he has encouraged the international community, and particularly the United States, to recognise their authority. In addition, his own government has entered into talks with the organisation, and Khan himself has pledged to ‘forgive’ members of the group if reconciliation is achieved.

Developments such as these already start to make Khan’s criticisms of the Taliban ring hollow, but they are made even more interesting when considered in conjunction with his own rhetoric regarding what is and isn’t un-Islamic in his own country.

END_OF_DOCUMENT_TOKEN_TO_BE_REPLACED 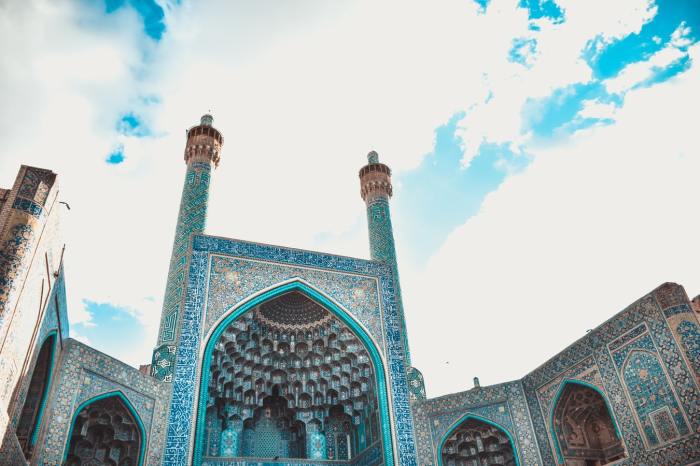 END_OF_DOCUMENT_TOKEN_TO_BE_REPLACED

While an estimated 69 countries across the globe possess blasphemy laws of some kind, no geographical region has as many countries with such laws as the Middle East and North Africa (MENA). Furthermore, in many of these countries the penalties for committing the ‘crime’ of blasphemy are among the most severe.

In Iran, for example, anyone who insults the ‘Great Prophet … or any of the Great Prophets’ of Islam can be sentenced to death under Article 262 of the Penal Code. In Egypt, the crime of “inciting strife, ridiculing or insulting a heavenly religion or a sect following it, or damaging national unity” is punishable by up to five years imprisonment under Article 98(f) of the Penal Code.

What are blasphemy laws?