Almost exactly twenty years ago, CSW began to investigate the human rights situation in North Korea, and in particular the persecution of Christians.

It is fair to say that we were one of the very first human rights organisations to sound the alarm about the gravity and scale of human rights atrocities in the world’s most closed and most repressed nation.

The tragedy is that twenty years on, little has changed and the world continues to turn a blind eye.

In 2007 we published one of the first and most comprehensive studies of the atrocity crimes in North Korea, in a report titled North Korea: A Case to Answer, a Call to Act. In so doing, we became one of the first organisations to call for the establishment of a United Nations Commission of Inquiry to investigate crimes against humanity.

END_OF_DOCUMENT_TOKEN_TO_BE_REPLACED 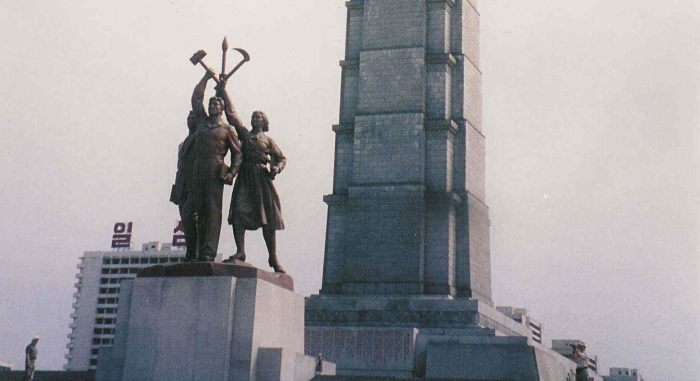 One of the very few non-COVID-19 stories that hit the headlines last month was the rumoured near-death of North Korea’s dictator Kim Jong-Un. For almost three weeks the speculation grew that he was dying or had died, and the discussion around who would succeed him reached near-fever pitch. Would it be his sister Kim Yo-jong? But would conservative North Korea be ready for a female leader? Would it be a senior military leader? But then what would that do to the regime’s credibility in the eyes of the North Korean people, if the Kim dynastic succession was broken?

But then, almost as mysteriously as he disappeared, the man known as “the Dear Leader” re-emerged, opening a fertilizer plant outside Pyongyang. Precisely what had happened remains known only to the core leadership of the world’s most secretive state. There was no shortage of rumours. It was suggested that he may have had surgery, that he may have had coronavirus, that he may simply have escaped Pyongyang to avoid infection and even that he had been injured in a missile test. But will we ever know?

END_OF_DOCUMENT_TOKEN_TO_BE_REPLACED

Dabrina Bet-Tamraz is an Iranian Christian human rights defender who currently resides in exile in Europe. In her home country, her entire family faces intense pressure from the Iranian government; her father, mother and brother have been charged with national security-related crimes for participating in everyday religious activities.

Dabrina has dedicated her life to advocating for her family and others like them facing persecution in Iran. She has raised their cases at the UN Human Rights Council in Geneva, as well as with President Donald Trump when she attended the second annual Ministerial to Advance Religious Freedom in the USA. In this interview she sheds light on her experiences as a young Christian in Iran, and on the current situation for her family and other Christians in the country.

“Growing up as a Christian in Iran, it was always obvious we were treated differently. Until I was about ten, the church experienced a decade of severe persecution. Pastors were being killed, churches were under massive pressure, and my parents were regularly taken in for interrogation.

When I was a teenager we were constantly under surveillance; we were bugged and there were spies in the church. It began to make us question everything everyone says. We didn’t know who we could trust.

END_OF_DOCUMENT_TOKEN_TO_BE_REPLACED

Crimes against humanity are one of four atrocity crimes defined in international law.[1] The first prosecution for crimes against humanity happened after the Second World War. It was underpinned by the belief that certain crimes are an affront to the very conscience of mankind.  The international community sought to ensure there would be no impunity for crimes that violate the essence of human dignity.

One of them is the crime of persecution.

Persecution – a crime against humanity.