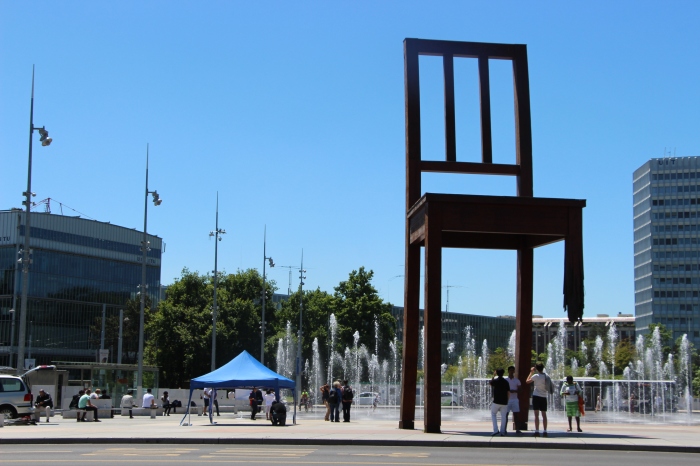 What is the Human Rights Committee?

The United Nations Human Rights Committee (HRCttee) reviews the commitments of States to, and implementation of, the International Covenant on Civil and Political Rights (ICCPR). All States party to the ICCPR are required to report to this treaty body comprised of independent experts after the first year of acceding to the ICCPR, and then at regular intervals thereafter.

The State under review is supposed to report on how well it feels it has been implementing the Articles of the ICCPR. This report is examined by the HRCttee members alongside submissions from civil society actors before each review, after which the State is questioned on its human rights record and commitment to the ICCPR. Violations, cases of concern, and constitutional inconsistencies are among some of the issues highlighted by the Committee during its review.

Once the concerns have been addressed, a document outlining the Committee’s concluding observations, i.e. its concerns and recommendations to the State Party, is published.

END_OF_DOCUMENT_TOKEN_TO_BE_REPLACED 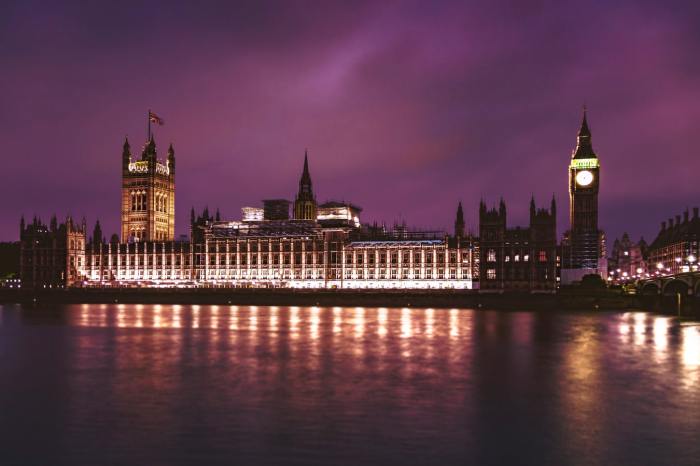 As of 31 January, the UK has officially left the European Union, and while the exact nature of what a post-Brexit Britain will look like remains hotly debated, one thing is imperative: the UK must not relinquish its role as a leading voice in the promotion and protection of human rights around the world, including the right to freedom of religion or belief (FoRB).

According to a report published by the Pew Research Center in 2019, both government restrictions on religion and social hostilities motivated by religion saw a marked increase between 2007 and 2017. It is estimated that 52 governments impose “high” or “very high” restrictions on the right to FoRB, and that people experience high levels of social hostilities involving religion in 56 countries of the198 countries that were monitored.

Against this backdrop, it is vital that the UK demonstrates a firm commitment to protecting this right. The government must speak boldly when challenging FoRB violations, raise FoRB in multilateral fora and sufficiently resource the Foreign and Commonwealth Office to raise FoRB in bilateral and multilateral meetings.

END_OF_DOCUMENT_TOKEN_TO_BE_REPLACED 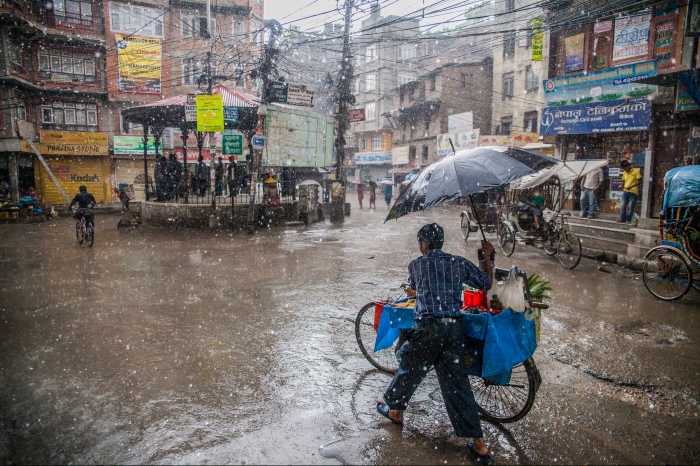 In the run-up to Human Rights Day on 10 December and the 20th anniversary of the UN Declaration on Human Rights Defenders on 9 December, CSW has been speaking with HRDs across South Asia to find out what it means to be a FoRB defender in the region.

John* is a human rights defender working in Nepal:

“It has been almost a decade since I was (first) involved in human rights advocacy. Initially, it was a learning phase as a member of an international movement, which later turned into social action.

Since then I have been supporting public advocacy for the full realisation of freedom of religion or belief (FoRB) for all in Nepal, especially in the current context as we welcome a new constitution and political environment.

Aside from this I have been raising areas of concern regarding conflicts of interest in non-governmental sectors. A fully functioning and empowered civil society is vital for Nepal to achieve its transitional aims, and I view this as an important part of my work, especially when trying to encourage and defend the right for all to practice their religion or belief, regardless of racial class or social background.

END_OF_DOCUMENT_TOKEN_TO_BE_REPLACED 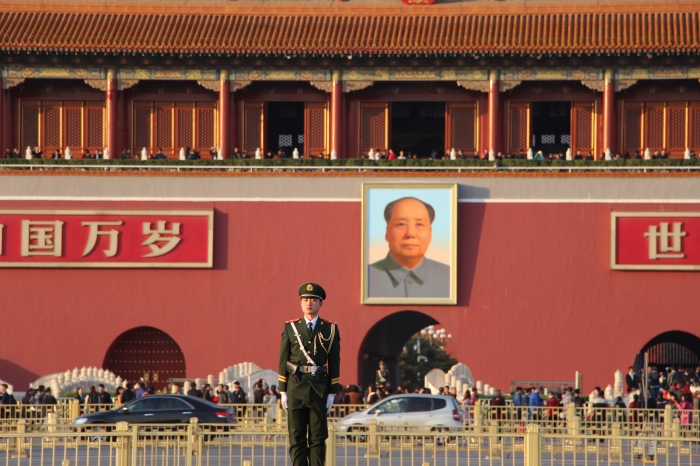 “My family, relatives, friends and dozens of innocent people [I know] have been arrested since April 2017. I have no knowledge of how many more of our relatives have been arrested as we lost contact with them at the beginning of the year. They have not committed any crime… They are ordinary people… since then I have not heard from them and I am unsure about their safety.”

Faith groups in China are currently experiencing the most severe crackdown on religious freedom and human rights in decades. One of the worst sites of this crackdown is the Xinjiang Uyghur Autonomous Region (XUAR), where recent reports estimate that as many as three million Uyghurs, Kazakhs and members of other ethnic groups have been detained in political re-education camps without charge.

Ethnicity appears to be the principle driver of these detentions, however there is also a significant religious element. The majority of detainees are Muslim, and reasons for detention – when a reason is given – have often been connected to the practice of peaceful religious activities such as participating in communal religious services or accessing religious materials online.

The religious element is further demonstrated by the treatment of Muslims inside the camps. Witnesses report that detainees have been forced to renounce Islam and promise not to follow religion. Prisoners have also been forced to eat pork or drink alcohol, which goes against their religious beliefs.

END_OF_DOCUMENT_TOKEN_TO_BE_REPLACED 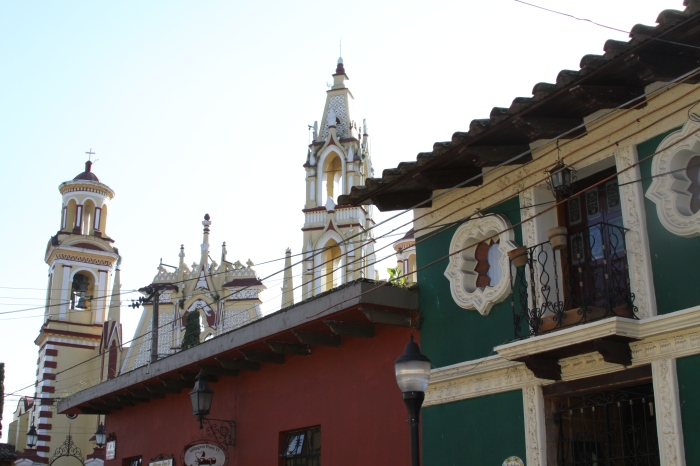 While the Mexican constitution provides strong protections for freedom of religion or belief (FoRB), moderate to severe violations of this right are regular occurrences in many parts of the country, particularly the states of Chiapas, Hidalgo and Oaxaca. Often these violations take the form of local authorities attempting to enforce conformity on religious minorities, for example, by denying access to basic services to Protestant families in majority Catholic villages.

CSW’s latest fact-finding visit to Mexico revealed a number of cases where Protestant families have been presented with an ultimatum to either renounce their faith or leave their village before a specific deadline.

To take one example, last year in Colonia Los Llanos in the San Cristóbal de las Casas Municipality, Chiapas, several Protestant families were forced to leave their village after they defied orders to renounce their religious beliefs. CSW also found evidence of similar experiences in two more communities in Chiapas and another in Oaxaca during the visit.

These ultimatums do not come out of nowhere and tend to follow years of religious tension.

Tensions include but are not limited to threats, cutting off basic services and attempts to force minority groups to pay fines or participate in religious activities. In another example, just last month community leaders in another part of Chiapas refused to allow the burial of a Protestant woman in the village cemetery and her family were forced to bury her in a nearby city.   The Mexican government regularly fails to act to reduce such tensions or to stop the deliverance of ultimatums. A culture of impunity surrounds the local authorities responsible for these violations of FoRB.